Just a quickie to show you guys some photos from the show taping on Friday. That's Brad setting up the cameras. And see the table in the middle, that's where everything is taped. 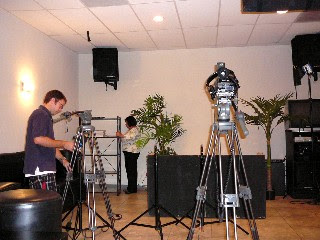 The show will air in August. This is the final one of the 4 projects that I had to tape. Even though I have taped a bunch of shows, I still get nervous being in front of the camera. 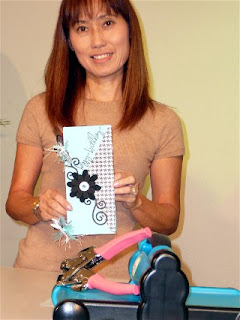 And here's the toy that I had to do the projects with. The Big Shot machine from Sizzix. Jus wanted to share this with you.

I feel so special that I personally know a TV celebrity! Love that project!

What show are you going to be on? Do you know the exact date? Details, we want details!!

hahaha...when you told you me you were going to tape the show - I didn't know you were in it - I thought you was taping it on your VHS or something. how cool!!! yep - let us know when and what time... so cool.