Happy Halloween!!! Just a quick post about these easy Halloween treats that I made the other day. I finally bought the WeR Memory Keepers envelope punch board last weekend and saw this treat holder idea on Pinterest and ended up making a bunch of them for the ladies at my doctor's office. It's a great way to use up those leftover scraps! 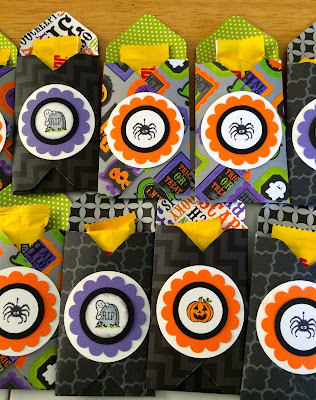 The stamps are from Hero Arts Halloween "ink & stamp"set. I used a bunch of punches for the circles and scallops.
By the way, after I saw Joy from The Joy of Crafting making envelopes last week, it sparked my interest to get one of these tools!
Anyways, hope you all had a great Halloween!!!
Posted by Cheryl at 11:42 PM 7 comments:

I spent this past weekend cutting out boxes on my Eclips machine. The albums, bags and boxes cartridge is probably my most used cartridge. Since I had this Taj bunny stencil out, I decided to use it to decorate the boxes. I know, crazy that I actually sat there and embossed and cut all the pieces out by hand. 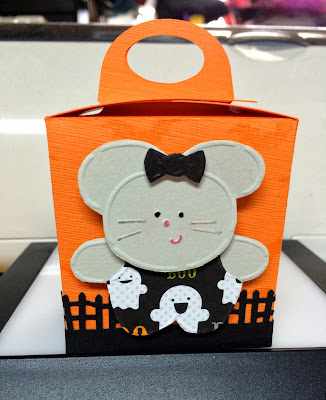 I stamped the background with a Hero Arts clear bat stamp from last year and VersaMark ink. 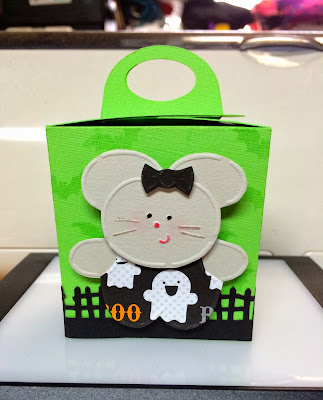 And while I was cleaning out my craft room, I found this spooky picket fence punch that I forgot I had.  If you read to the end of this post, you will see why I had to clean my craft room. 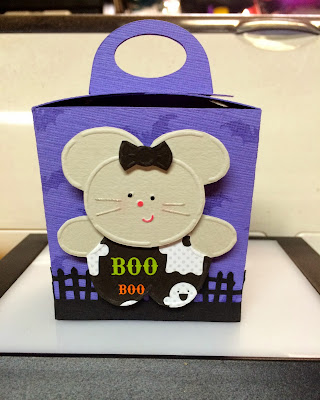 I love how well my new iPhone takes great photos.
So, two weeks ago, our downstairs flooded. Actually, I've been smelling this strange sewage smell for awhile now and couldn't figure out where it was coming from. Several months ago, the downstairs bathroom had a lot of water on the floor and it kept getting worst. It wasn't coming from the toilet so I knew the toilet wasn't plugged. It was dirty water coming out from the wall. I had told the property manager about it but he told me to just monitor it. Well, I went to put something in the bedroom part of the downstairs and found water and dirt all over the carpet. 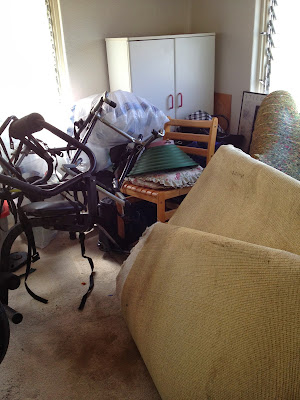 The plumber finally came and went under the house to check the pipes. The long pipe from the kitchen sink was the reason for the flood. Because the pipes are so old, it actually corroded and broke off. Which explained the smell and water and dirt in the bedroom and bathroom floors. This had been going on for months and we had no idea! All those months of cooking and washing dishes made it worst. The plumber said that we would of never known the pipe broke unless we crawled under the house.
So, this is how I spent the last couple weeks. I had to move everything out of the bedroom into my craft room all by myself. Fun! 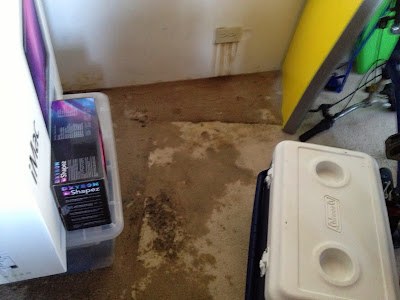 And since I had been doing that, I decided to clean my craft room at the same time. Organizing and purging old catalogs and samples and craft stuffs. So glad that everything is now fixed and the smell is gone and I can go back to crafting again.
Thanks for sticking with me here and hope you're having a great work week!!!
Posted by Cheryl at 11:56 AM 2 comments: