A couple weeks ago while I was at the store, I decided to buy one of the Magnolia stamps. I'm not too familiar with this line of stamps and I had no idea what I was getting other than it looked oriental. I used a Sizzix pro box called matchbox which my friend Gail sent to me all the way from Georgia. Thanks Gail! And because Mother's Day is coming up, I went with this stamp from Hero Arts because it reminds me that I'm always thinking about my mom. 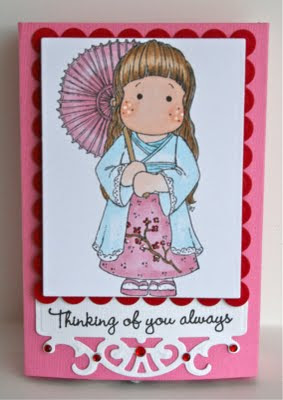 Here's a picture of the box opened and I filled it with a lot of Hershey kisses. 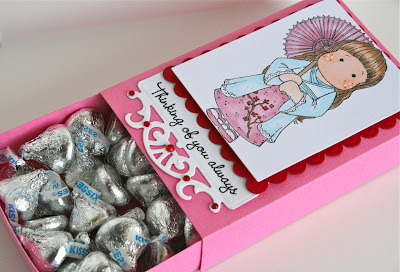 And this is what it looks like without the candy. It's quite big and you could probably fit cookies in there too. 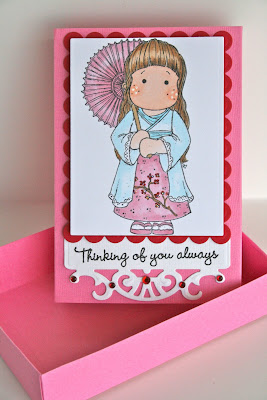 Hope you're having a great week and thanks for stopping by today!!!
Posted by Cheryl at 7:20 PM 11 comments:

Email ThisBlogThis!Share to TwitterShare to FacebookShare to Pinterest
Labels: For mom

My so called "man" card

Here is what I ended up with while making my "man" card. I struggle with anything male because I end up making it look cute. So I stuck with keeping it simple. My hubby's birthday is tomorrow so this is actually his birthday card. He loves watching AI every week so I decided to go with this theme. I used Tyler from the Greeting Farm creepin set. 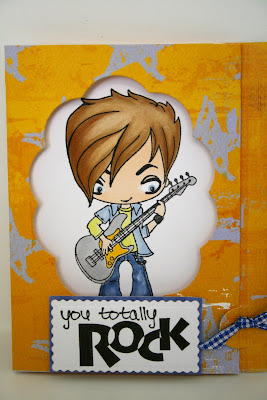 This card is actually a trifold which I saw and was inspired by Sue. Go check out her blog to see her cards. I changed the measurements on my card. This one is cut 5" x 11" and scored at 3 1/2" and 7". I used an old SU half circle punch to hold the card shut on the bottom right.
Have you finished your taxes? I'm still working on ours and wish I was done. Hopefully I will be by tonight.
Hope you're having a wonderful day and thanks for stopping by!!!
Posted by Cheryl at 2:10 PM 8 comments:

Email ThisBlogThis!Share to TwitterShare to FacebookShare to Pinterest
Labels: My so called "man" card

I forgot about posting this card that I made over a week ago. When I was little, I always wanted to be a ballerina. I used to watch my mom sew everyday because she sewed kids clothes part time for a local manufacturer. So whenever she got off the sewing machine, I would get on the chair and pretend to sew a ballerina outfit. Which led to me breaking her sewing machine a couple times. Bad girl... 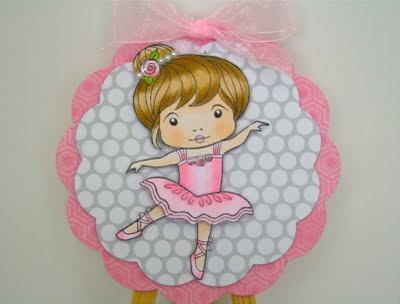 I had to get this stamp called Ballerina Marci from Lala Land Crafts. It reminded me of those days when I tried to sew one of those outfits.
I used Spellbinders grand nestabilities large scalloped circles to make the base of the card. I'm still loving the gray and pink colors.
Thanks for stopping by today and always leaving me your sweet comments. I know I said I was going to post the card that I made for my hubby but I will do that tomorrow. Have a great day!!!
Posted by Cheryl at 12:46 PM 7 comments:

I know that Boy's Day is coming up in 3 weeks and I decided to make a little treat bag. When I was a kid, we never celebrated this day even though I had a little brother because my mom said her parents didn't celebrate this day. I remember seeing all the carps flying at our neighbors homes and thinking how I'd like to do that someday if I had a son. And of course, I did. 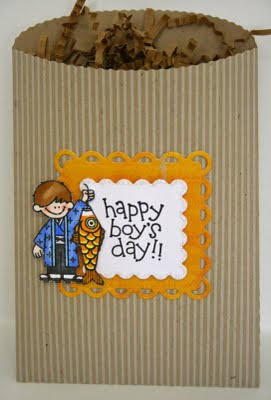 To make this bag, I used the treat bag die by Lifestyle Crafts. Stamps used are Dandelion Designs. I made it very simple since I have a hard time making boy themed projects.
Thanks for stopping by today and come back tomorrow to see the "man" card that I made for my husband. Have a great evening!!!
Posted by Cheryl at 7:17 PM 3 comments:

Last week while putting away my punches, I decided to make a little treat box using one of my older Sizzix dies called box #2. I used a Martha Stewart punch from last year called bunny hop which I found in the yellow tagged marked down bin at the store. There were a couple left when I last looked in the bin. I cut the cover flap part off of the die cut and punched right along the edge. 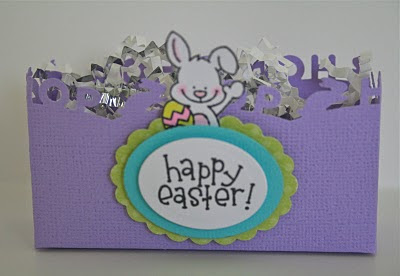 Here's a picture where you can see the punched edge. I used Dandelion Designs bunny stamp to decorate the front of the box. 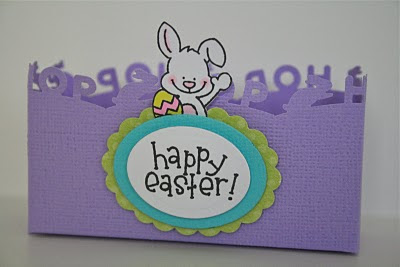 Here's another one that I made using all the cherry blossom punches. 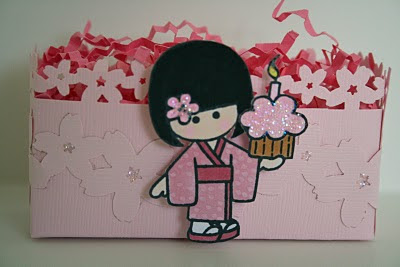 The japanese girl is a cling stamp also from Dandelion Designs. 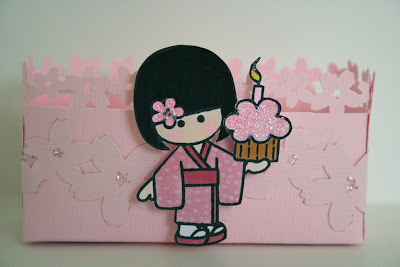 Sorry my posts have been so far apart lately but I am still not feeling that well. My mojo has also been missing since I haven't been crafting as much. I will post the make & take project from the Ben Franklin Crafts paper party last month tomorrow.
Thanks for stopping by and have a great evening!!!
Posted by Cheryl at 11:44 PM 10 comments: